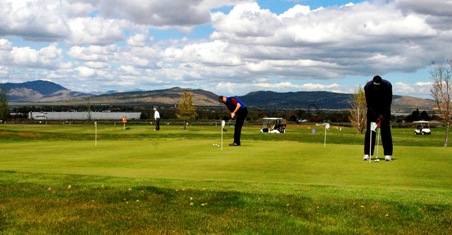 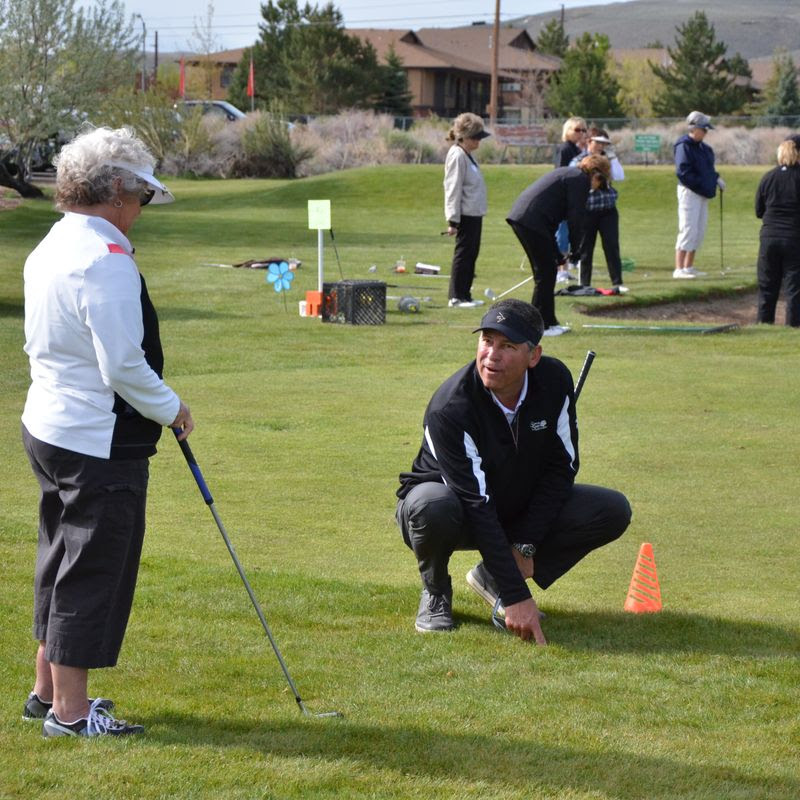 Mike has been a lifelong instructor and has taught golf at every ability level from the beginner to the tour professional.  He defines his instruction philosophy as “extreme fundamentalism” and encourages golfers to keep it simple when embarking on game improvement. Although he teaches all parts of the game, he particularly likes to teach short game and believes the difference between a good player and a great player is their skill with the wedges and putter. Mike was awarded Golf Professional of the Year by the Northern California PGA in 2004, he was the Reno Gazette Journal inaugural “Golf Person of the Year” in 2005.  He is a past President of the Northern California PGA, Founder/Chairman of Golf the High Sierra and a former chairman and founder of The First Tee of Northern Nevada. Together, Mike and Denise Mazzaferri were awarded the PGA Junior Golf Leadership Award in 2006.

A Reno native grew up playing the golf courses of Northern Nevada, Aaron graduated from Wooster High School and the University of Oregon. Before coming to Sierra Sage, he worked at various courses in the Reno/ Carson City area including Eagle Valley Golf Course, Northgate Golf Club and LakeRidge Golf Course. Along with providng lessons for more than 15 years, Aaron has completed Golfsmith’s Club Building and Repair Program and Golfsmith’s Club Fitting Program. He has been a PGA Class A member since March of 2007. Chris is a California native and moved to Reno in 2008 and has been involved in golf for over 20 years.  She currently serves as the Executive Director of First Tee where she provides leadership to the program and curriculum development. Chris has been involved with First Tee for over 18 years. She is a recognized First Tee golf coach and a National coach trainer for the organization. Chris is the tour director for U.S. kids and has been named Top 50 kids’ teacher in 2011-2013. In 2014 she was named the Top 50 Master kids’ teacher and is certified in U.S. Kids club fitting.

Her passion to teach the game has continued to grow and is led by the desire to help golfers of all levels.